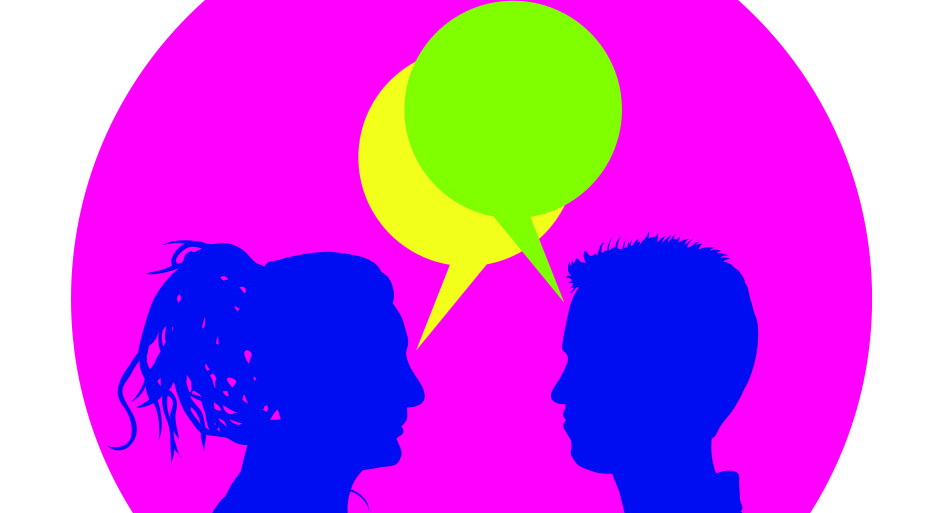 Posted on 27th September 2022
Woughton Community Council declares a 'Cost of Living Emergency'
At the meeting of the Full Council on 26th September, Woughton Community Councillors voted unanimously to declare a 'Cost of Living Emergency'.
Woughton is one of the areas within Milton Keynes that faces the largest challenges - we have high numbers of people in receipt of benefits, a large social housing stock, bungalows housing people with disabilities and higher than average energy bills. These are all elements that make the parish more vulnerable than many.
Poorer households are currently experiencing higher inflation than better-off households. The Institute for Fiscal Studies estimated the annual inflation rate for the poorest 10% of households to be 10.9% in April. By contrast, the richest 10% of households had the lowest rate of inflation, at 7.9%. This is because energy costs make up a greater proportion of household budgets for low-income households.
Even if inflation rates were similar, the impact of inflation on poorer households might be greater anyway. A richer household can make savigns elsewhere - fewer takeaways, reduction in savings, one less holiday, but that option will not be available for many low-income households.
Woughton is one of the parishes that will be most at risk because of this crisis and the lack of action from those in power. We know that levels of poverty are higher within the parish, with almost half of children living in households that are classed this way (after housing costs). With higher than average levels of disability, older people, and people in receipt of benefits, Woughton will feel the pinch more quickly and more sharply than many other areas.
Woughton has already taken significant steps; the community fridge, larder and cafe offering affordable food, social contact and a warm, welcoming environment. Our Youth team continues to offer safe spaces where children and young people can access food, activities and friendship. Our Wellbeing worker, Advice team and community officers help provide over 50 hours a week of support to help people, often in desperate times. And we will continue to explore other options, with a survey currently asking residents how we can help.
The Council hopes that this declaration will help other local councils to take similar steps, increase pressure on the principal authority, central government and others to protect those most in need and emphasise the commitment of Woughton to supporting our residents. 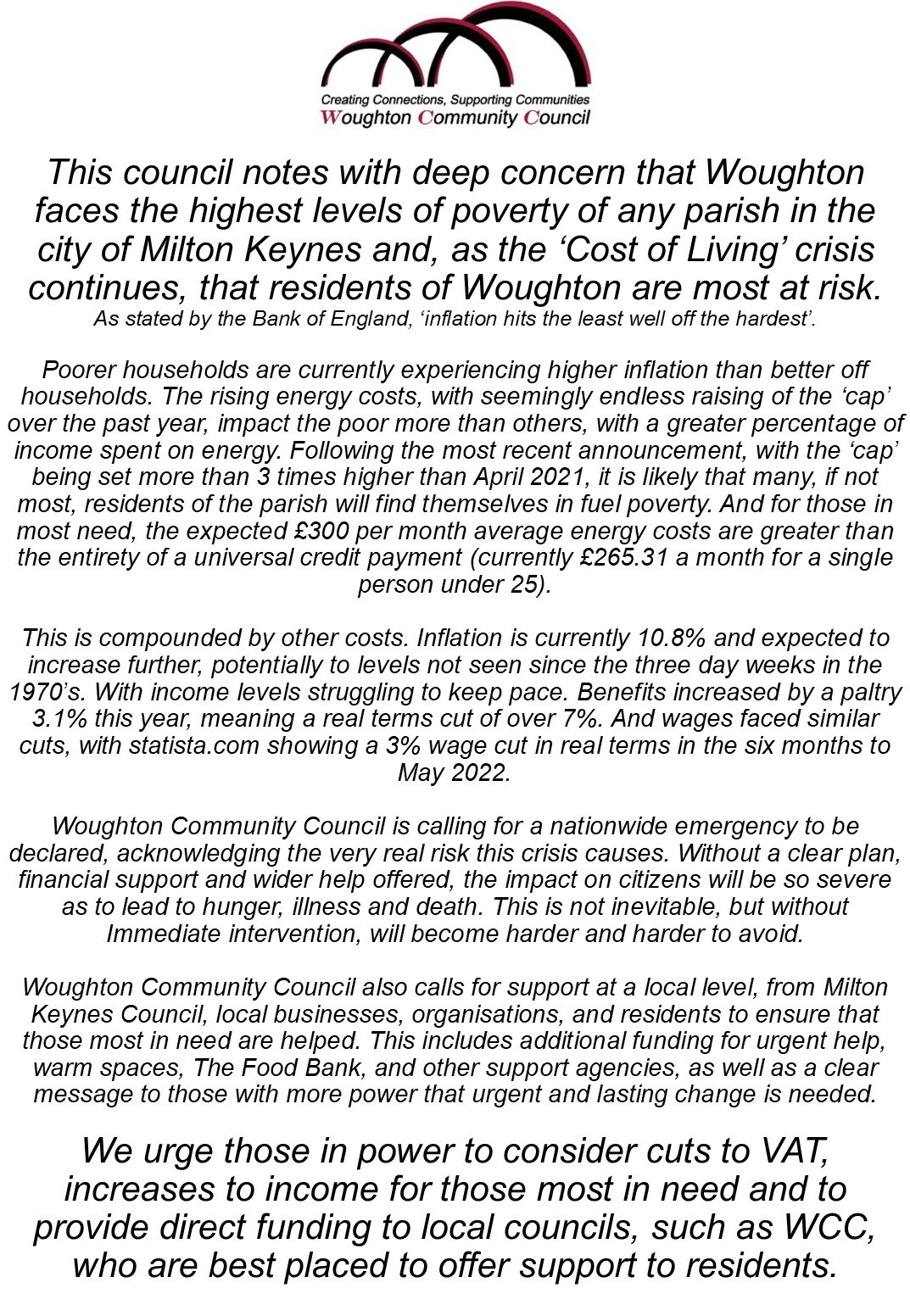